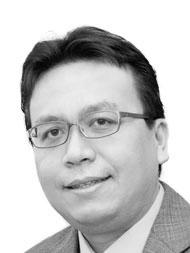 Dr Erlich Sem is a talented physician who specializes in obstetrics and gynaecology. He has over 16 years of experience in high-risk pregnancies, general gynaecology and advanced laparoscopic surgeries. His special interest is in complex laparoscopic procedures including surgical treatment of severe endometriosis, fibroids and ovarian cysts and total laparoscopic hysterectomy.

Originally from Indonesia, Dr Erlich Sem completed his undergraduate education and received his medical degrees from University of Indonesia, Jakarta in 1997. He developed an interest in women’s health during his internship and later decided to migrate to Australia to further his training.

He began his obstetrics & gynaecology career working at The Women’s & Children’s Hospital, Adelaide – a busy tertiary hospital. After completing his Australian Medical Council examinations, he decided to move to Queensland.

He experienced a year working in the provincial town of Toowoomba, prior to moving to Gold Coast. He was accepted into RANZCOG training program in 2007, and underwent comprehensive training through Redland Hospital, Mater Mothers’ Hospital, Gold Coast Hospital and later, Gold Coast University Hospital.

As part of his elective training, for 2 years he took the role of Gynaecologic Oncology Fellow under tutelage of Associate Professor Dr Marcelo Nascimento CGO. This further exposed him to complicated surgeries, both open and laparoscopic. They have been working together closely for the past 6 years, and Dr Erlich Sem continues to assist his mentor for oncologic procedures at The Pindara Private Hospital, Gold Coast.

Teaching is another one of his interests, and he is actively engaged in clinical teaching of medical students, registrars and AGES (Australian Gynaecological Endoscopy Society) fellows.

He currently resides in the Gold Coast, Queensland, with his wife and two children.